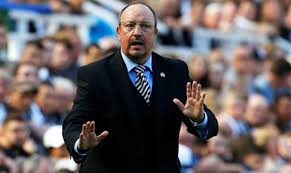 Newcastle manager Rafael Benitez said the difference in transfer budgets was a key reason as to why his side lost to fellow mid-table side West Ham.

In contrast to the Hammers, who spent close to £100m in the last transfer window, Newcastle made a net profit of £20m from their transactions.

Benitez said: "They have spent the money on offensive players and they made the difference.

"We are working on [signings in January], but it is a question of money. What they spend, what we spend, you can see that on the pitch."