Rafa Admits He Only Can Work With Loan Deals

Rafa Benitez has underlined the importance of the next few weeks and the January transfer window at Newcastle United. 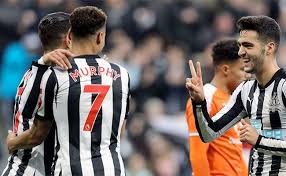 The Magpies boss is hoping to complete a deal for Chelsea’s Brazilian left-sided player Kenedy in due course while he also hopes to tie up a move for a new goalkeeper.

Benitez has been linked with PSG stopper Kevin Trapp and West Ham’s Joe Hart, but neither deal looks likely. Benitez was asked about transfers after the 3-1 win over Luton Town and said: “I don’t know. We are working hard to be ready, but at the moment, I don’t know.

“It’s an important month for the club, not just this week.”

Benitez is waiting to see if Danny Ings is available at the end of the month after the player stated his initial preference was to stay at Liverpool and fight for his place.