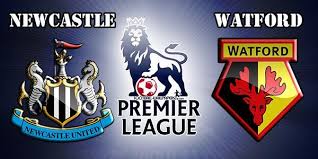 Rafa does not want to see protests ahead of tomorrow’s game, even though some have been planned by the ‘Magpie Group’, and is adamant a boycott of next month’s home game with Watford would be completely counter-productive.

Instead, he wants to see supporters shelve their grievances on a match-day in order to give their undivided support to the team.

“If you have a passionate crowd, it can make a difference,” he said. “Coming from Anfield and to here, you can hear it. You have fans who support the team and you feel their pressure for more. If the fans are behind the team, the players feel that and find five or ten per cent more.

“It can make the difference in their passion and what they put in physically, winning second balls, things like that. In terms of extra motivation, yes, it makes a difference.

“Some fans booing players does not improve their performance. It can be worse for them. If they don't feel the pressure of that, they play well, and you want your players to play well. The fans will want them to do well to stay up. They can say whatever after the game, but they have to be sure to give in the game.”