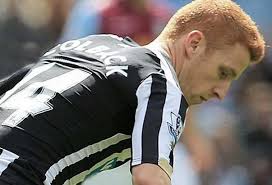 Shelvey and Saivet both made their debuts during the Magpies' 2-1 victory over West Ham at the weekend, with the former Swansea man putting in a particularly impressive first performance for the club. And Colback explained that the two signings have lifted everyone's spirits at St James' Park.

"It always gives every around the club a lift. Jonjo was instrumental for the two goals," Colback told the Chronicle.

"Credit to him, it was a great start, and Henri came on as well.

"The competition is there [in central-midfield], and you know you've got to perform, otherwise there's someone there to step in.

"All you can concentrate on doing is your own job."