But Pardew MUST hold a pre-match Press conference this week ahead of the opening fixture of the season against Manchester City, according to Premier League rules. 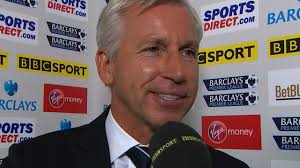 Pardew failed to emerge for a post-game media briefing after the 1-0 win over Real Sociedad on Sunday afternoon.

But Premier League rules state that Pardew has no choice but to face sections of the Press at the end of this week to preview the game.

The Premier League rule book says that Newcastle have to hold a pre-match and post-game conference for all top flight games.

Other publications can also be invited “at the club’s discretion” but NCJ Media have been banned from attending since October, 2013.