Perez Up There With The 'Big Boys'

Five shots, two on target and one goal - Newcastle fans will want owner Mike Ashley to break the bank to keep Salomon Rondon. 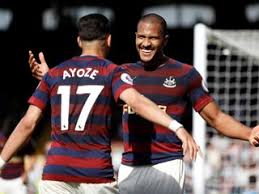 Newcastle won their first league match at Craven Cottage since December 2007 - after a run of six defeats away at Fulham, and it was double joy as they scored four goals away from home in a league match for the first time since September 2016 (6-0 v Queens Park Rangers).

Matt Ritchie has provided 20 league assists since his Newcastle debut in August 2016; seven more than any other player.

And Perez is one of only four players to score 10 Premier League goals in 2019 along with Liverpool's Sadio Mane (14), Leicester's Jamie Vardy (12) and Manchester City's Sergio Aguero (12).