Perez - From Barca To Marseille?

Ayoze Perez could be set for a summer exit from Newcastle United with Marseille reportedly mulling over a summer deal. 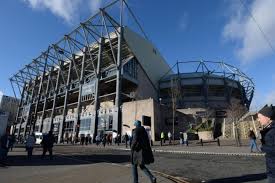 He claims he joined Newcastle and snubbed offers from Real Madrid and Barcelona.

However, despite the numerous reinforcements, the French club are still looking to strengthen areas of their squad and the sights have been set on Newcastle's Perez.

The former Spain Under-21 international has been at St James' Parks since 2014 when joining from Tenerife and he has scored 19 goals from 100 league appearances.

But, the 23-year-old has found first-team opportunities hard to come by in the Championship this season and just 19 starts have been made from a possible 39.

Marseille are now hoping they can tempt Perez to make the switch over to France although the club will have to fork out around £10million for any deal.