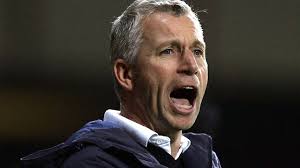 But, what a difference 90 minutes can make in football management.

Cardiff boss Malky Mackay leapt to the head of the Premier League 'sack race' after the club suspended one of his most trusted aides - but reports suggest he's not about to resign.

Head of recruitment Iain Moody, who worked for the Scot during his time at Watford before making the switch to Cardiff with him in 2011, has been replaced by 23-year-old Kazakhstani Alisher Apsalyamov.

Mackay was initially slashed into 2/1 to be the next top-flight boss to leave his post and is now available at 13/8.

The reasoning behind Moody's suspension is unknown but it is understood Apsalyamov, who is thought to be a friend of owner Vincent Tan's son and appears to have no previous experience in football, has taken over from him in an acting capacity.

Mackay has regularly praised Moody's scouting and recruitment work at the south Wales club, where he has helped to secure the likes of Steven Caulker, Gary Medel, Kevin Theophile-Catherine and Fraizer Campbell.

But while Mackay is understood to be disappointed by events, reports suggest he will be in charge when Cardiff face Chelsea a week on Saturday.

All this comes just a matter of days after it was revealed Tan and the Bluebirds squad had been at loggerheads over end-of-season bonus payments.

Mackay confirmed following Saturday's 2-1 defeat to Newcastle that a resolution has been reached over the issue, but Cardiff's players are reportedly no longer happy for Tan to be in the dressing room on matchdays.

Previous favourite, Pardew, drifted out to 8/1 as a result of that win in Cardiff and the money for Mackay.

And it's interesting to note former Magpie boss Chris Hughton is now in the frame.