Pardew Making The 'Mistake Of His Life'

Bernard “I really, really didn’t agree with the club on that one"

Olivier Bernard: "How can Newcastle allowed such a fine defensive talent to leave?

“I really, really didn’t agree with the club on that one.

“I can’t understand it. I know Mapou and he has been the best defender in France for the past five years.

"He was regularly getting in the France squad and I was delighted when he came to Newcastle. 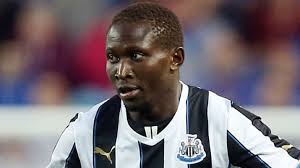 “But as soon as he came he was playing right-back, left-back and not enough in his proper position, which is centre-back.

"He is too experienced as a player to be playing right-back and left-back – he is not even left-footed.

“He just did not get a chance at Newcastle and when you see him getting in the France team and doing well for Roma, I just do not understand Newcastle’s decision to allow him to go out on loan.

Mapou Yanga-Mbiwa has been called up for France's friendly against Portugal, confirming his fine form for Roma

He earned plaudits for his display at Manchester City in the Champions League, when he helped the Italian club to a draw at the Etihad.

Just last week he spoke of trying to earn a recall to the national side, saying: “It is the aim of every player to wear the national team shirt, especially when we have already done so.

“You must also keep hope, confidence in yourself and be aware of your capacities. Afterwards, it will depend on what I can achieve with AS Roma where I have come to to win titles.”