Pardew 'Fans Can Go Over The Top'

The pressure is on Alan Pardew from the fans - if not from Mike Ashley - but he says some fans can go "over the top" in their criticism of him and his (sometimes) bizarre tactics. 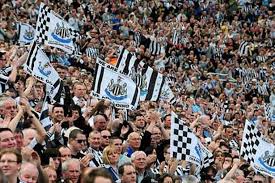 He got it sadly wrong against Mackems in Newcastle's last home fixture, and even the man who is King Of Excuses couldn't dig himself out of that hole!

His best shot was: "The first goal was so important", an old favourite excuse he has used many times, but the 52,000 in St James' Park couldn't be conned.

He believes he is still the man for the job ... many disagree.

Alan Pardew: "I try to be consistent through the ups and downs of the emotion that is in this city at times. Some of it is over the top, there's no doubt about that.

"For me, it's very difficult to sometimes isolate myself and concentrate on what's important.

"But usually, nine times out of 10, it's the next game and I'm pretty good at focusing my mind. I have got pretty narrow vision when it comes to the job at hand.

"For sure, the only way we are going to do that is to keep our winning strategy.

"At the minute, we are just in the black - we have won more than we have lost - and it's important that we keep that until the end of the season.

"That gives you a foundation for the year after, where we know we have funds available. We have got to just spend it correctly."