Unlike the Mackems ... the Geordies have been brought up on European football.

But it is too much for our current boss, showing once and for all ... THE JOB IS TOO BIG FOR HIM!

Alan Pardew: "We are still bearing the scars of last season’s Europa League campaign." ... even though we haven't played a European game since Benfica April 11th 2013!

AND we have played LESS games this season than any other Premiership club!

His ambition is to finish above Manchester United ... but not high enough to qualify for the Europa League.

Alan Pardew: "It fills me with dread and the Premier League needs to demand a change in format to assist English clubs.

"All the Europa League managers in the Premier League this season got sacked this year, not surprisingly. 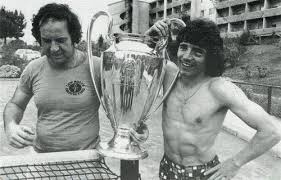 "I don’t think playing on the Sunday after the Thursday night that you can get to the level as a team for the Premier League."