The first viewing of Vernon Anita had many Newcastle fans saying "the guy is a dwarf! How is he going to make an impact in the English game?" 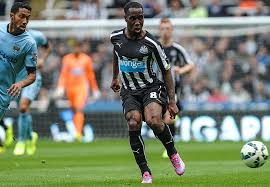 If Pardew HAD seen the player in action for Ajax (and I seriously hope he did!) he must have been concerned about the size of the guy.

Personally, I don't think the lad will ever be a shining light in the Premier League, simply because he is not built for it.

But Pardew likes them small. He tips Adam Armstrong for "great things", but the lad is TINY for a Premier League striker.

Now Pardew has warned summer signing Remy Cabella he will have to toughen up if he wants to make it in the Premier League.

The 24-year-old midfielder must weigh in as the lightest player in English football, and I cannot see what the player can do to change the way he is.

Mapou Yanga-Mbiwa is built like a 'brick shithouse' and he struggles in this league, which is why he had to move on.

Weighs in less than a mouse on steroids

Pardew (talking to the ITV): "His conduct and professionalism are very, very impressive. That gives you heart that he's going to be a success.

"Obviously he's definitely got technical quality, but he's got to get a grasp. I don't think he really gets referees. He moans (in training) when me and (assistant) John (Carver) ref - and we're better than Premier League refs!

"He goes down and he thinks some of the challenges in this division should be fouls. He genuinely believes that - but they're not.

"I think he's beginning to get the intensity of the division. The cameos he's done have been significant - Spurs, Liverpool, they were significant.

"He's on the cusp of starting again now as he comes to grips with what this division's about.

"It's about physicality and mentality, about where you should be on the pitch at a particular time, about how you can affect the opposition best."