Kenneth Zohore fired Cardiff back to the top of the Sky Bet Championship table as leaders Leeds capitulated in South Wales. 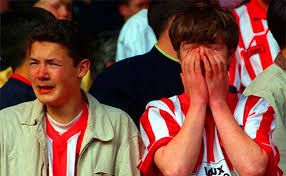 Zohore, who had not scored since the opening day of the season, struck twice to help the Bluebirds power their way to a 3-1 home win after the visitors had skipper Liam Cooper sent off in first-half injury time for a second bookable offence.

Cardiff went ahead with 28 minutes gone when Zohore converted Junior Hoilett's cross after Mateusz Klich had been caught in possession, and Hoilett extended their advantage from distance nine minutes later.

Cooper's dismissal did Leeds, who had previously lost only once in the league, few favours and the game was effectively over when Zohore tapped home Sean Morrison's 59th-minute cross, although Kemar Roofe did pull a goal back with 23 minutes remaining.

Middlesbrough, who started the day in sixth, welcomed Norwich to the Riverside Stadium defending a five-game unbeaten run in the league but succumbed to the only goal as James Maddison's 13th-minute strike proved sufficient.

However, there were no such difficulties for Ipswich as they romped to a 5-2 victory over struggling Sunderland, who are now without a win in eight and just 7/2 for the drop.

Former Black Cat Martyn Waghorn headed the home side into a sixth-minute lead which was soon cancelled out by Billy Jones.

However, goals from Jordan Spence and Bersant Celina put Mick McCarthy's men in control and further efforts from David McGoldrick and Grant Ward either side of Aiden McGeady's strike cemented the win for Ipswich, who remain big outsiders for the title and can be backed at 28/1 to go up.