NOW Prove Your Worth Kinnear!

So who is likely to move and which club wants whom before it closes on January 31?

PLAYERS IN THE NEWS

Radamel Falcao: The Colombian only joined Monaco in the summer, but as Sky Bet trader Joe Petyt says "there have been reports of him being unhappy there almost ever since." Petyt adds: "He's 4/1 to join Chelsea and that's one to keep an eye on."

Dimitar Berbatov: The Fulham striker's agent has been making noises that the Bulgarian wants to jump from what looks to be a sinking ship at Craven Cottage. "It looks like he's going to move," says Petyt. Former club Spurs are favourites to land Berbatov's signature at 7/2 but Arsenal have been cut from 9/1 to 6/1 in recent days after newspaper reports linking him with a move to the Emirates where the Gunners are in need of back-up for Olivier Giroud.

Wilfried Zaha: This was supposed to be the season Zaha made his big breakthrough but he's struggled to get a game under David Moyes at Manchester United. A loan move looks likely with Newcastle leading the chase, according to the prices. They are 7/4 to sign Zaha this month - loan moves do count in the market. Petyt says: "Alan Pardew has said he's a fan of Zaha, so they are favourites for a reason."

Ashley Cole: For the first time in years it would appear Cole is no longer guaranteed his place in the Chelsea first XI. Could that prompt a move? Sky Bet have Real Madrid, managed by former Chelsea boss Carlo Ancelotti, as their 6/1 favourites to sign the left-back.

Leighton Baines: Baines to United never happened in the summer but the proposed transfer refuses to go away. The Everton defender has been odds-on for this January move virtually ever since the last window closed and he is currently just 8/11 to move to Old Trafford this month. United will need a new left-back sooner or later with Patrice Evra getting on and David Moyes knows Baines well from his Everton days. An added bonus is that Baines is not Champions League-tied. The difference from the summer is that Everton are now sitting above United in the Premier League table and things are looking rather rosier at Goodison than they did a few months back.

Wayne Rooney: Chased long and hard by Chelsea in the summer, a move for Rooney never materialised and he's now kissed and made up with Manchester United. The England man is 6/1 to join Chelsea in this window. His contract will have one year to run come the summer so the transfer rumours may start again then.

Juan Mata: When Mata, last year's club player of the year started the season on the bench at Stamford Bridge, the transfer rumours immediately began. The Blues held onto Mata in the summer but more speculation seems sure to occur this month. As Petyt says: "His World Cup spot is at stake. However, I'm not sure Chelsea would sell him to a Premier League rival. A move to PSG (4/1 favs) or a Spanish team seems more likely."

Yohan Cabaye: The Newcastle midfielder's head "wasn't right" back in the final days of August as he was linked with Arsenal and he was left out of the Newcastle team. How things have changed. He's since produced some fine performances - too good some Magpies fans would say as he's now being linked with another big-money move! Petyt feels Arsenal are unlikely to come calling again. He says: "The argument against a move to Arsenal is that their midfield has done so well this year. Is he as needed as he was back in August?" If you think he is, the Gunners are 12/1 to sign Cabaye but cash-rich Paris Saint-Germain are favourites to sign the Frenchman in this window at 2/1.

David Luiz: Jose Mourinho insisted time and time again in the summer that Luiz would not be sold and he wasn't. That hasn't stopped Sky Bet making him just 5/4 to join Barcelona in this window though. "Barca are short of centre-halves so it does fit," says Petyt.

Luis Suarez: Heavily odds-on to leave Anfield in the summer before staying, the Uruguayan recently signed a new contract and looks highly unlikely to leave in this window. That's the bookie view too - Real Madrid are 33/1 'favourites' to sign Suarez this month. However, such is Suarez's red-hot form perhaps one of Europe's giants may just ask the question.

NEW KIDS ON THE BLOCK

Ross Barkley: The Everton youngster's performances so far this season have been so good it was inevitable he would start to be linked with bigger clubs. Manchester United are 9/2 favourites to sign Barkley in this window with Chelsea, long linked with the midfielder, offered at 14/1. Petyt says: "Barkley has a big future but this is one I can see kicking off in the summer, especially if he has a good World Cup. He could almost become too big for Everton - like Wayne Rooney did 10 years ago. In Everton's favour is he'll have seen what happened when Jack Rodwell went to City. Barkley is currently getting game time where he is."

Luke Shaw: Shaw is another rising star of the Premier League and another off the production line of a Southampton academy which has already produced Theo Walcott and Gareth Bale, not to mention a host of other current squad members. In some way, it's a shame for Saints fans that Shaw is a left-back as it's a position both Manchester United and Chelsea will be looking to fill sooner or later. Chelsea are 3/1 to sign Shaw in this window; United 12/1. Petyt says: "He's a logical replacement for Ashley Cole at Chelsea. He would seem quite a good fit for them."

TOP CLUBS: WHO'S COMING OR GOING? 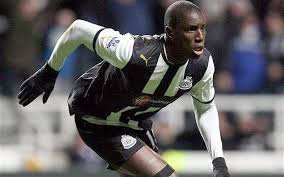 May of the players Arsenal are being linked with are strikers, with the widely-held view being they could struggle to maintain their title bid if Olivier Giroud is injured for a length of time. It does appear to be their weakest area.

Most pundits agree City have the strongest squad already but will they look to add to it? With Joe Hart and Costel Pantilimon having swapped the keeper's jersey this season, will a new stopper be a priority? Iker Casillas, no longer first choice at Real Madrid, is an interesting price of 9/1 to join City this month.

On their way? - Edin Dzeko (5/2 for Galatasaray), Aleksandar Kolarov (6/1 for Inter Milan)

Like Arsenal, Chelsea need strikers. That's the general consensus. Radamel Falcao, Wayne Rooney or Hulk would all be blockbuster signings - and cost the earth. But the Blues need goals as their midfield has been carrying them in that sense for some time. Petyt says: "It could be a case of Chelsea shipping people out to bring others in. I'm not sure this is a Jose Mourinho squad at the moment. Letting a big name go could trigger several big moves around Europe."

The cash-strapped Blues rarely do much business in the transfer window, although the summer one went spectacularly well thanks to the loan moves for Romelu Lukaku and Gareth Barry, not to mention the cash spent on James McCarthy. As is the norm, their fans will spend much of the window worrying about players leaving - Leighton Baines and Ross Barkley being those likely to feature in the papers on a daily basis. Interestingly they are already heavily odds-on to sign former Celtic winder Aiden McGeady from Spartak Moscow. 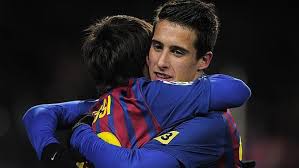 Things have gone rather well for Liverpool since the Luis Suarez transfer request was dealt with and put to bed. He now has a new contract and a Champions League place looks more than possible. Petyt feels this window will be about adding "squad depth" and with that in mind, youngsters Cristian Tello, of Barcelona, and Derby's Will Hughes are both odds-on to arrive at Anfield this month.

United's struggles this season are summed up by the sheer number of players they are favourites to sign in January. Many are midfielders, an area United still look fairly weak in, certainly compared to their domestic rivals. Summer signing Marouane Fellaini hasn't convinced and is now injured. Atletico Madrid starlet Koke is 13/8 to join the club this month - reports suggest he has a release clause which United could easily meet. Despite all the links, Leighton Baines is the only player United are actually odds-on to sign in January so there could be some value in the markets.

Could Dimitar Berbatov really return to the Lane? Sky Bet think so. Spurs are 7/2 favourites to sign what appears to be an unsettled Fulham player. It could soon look a big price. Petyt feels Daniel Levy might be a bit reluctant to release the purse strings to Tim Sherwood, who only has an 18-month contract, particularly after such a summer spending spree. However, Fulham would be unable to command much of a fee for the Bulgarian given he is now 32.

After a decent start to the campaign, Newcastle fans might well take keeping what they've got if offered that scenario right now. Yohan Cabaye - 2/1 to join Paris Saint-Germain - is the prize they will want to keep most of all. In terms of incoming players, Wilfried Zaha is 7/4 to arrive - he needs game time after failing to get regular football at Manchester United so it's a move that would hardly surprise.