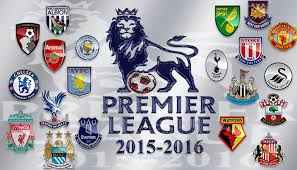 Leonardo Ulloa's late strike clinched Leicester a 1-0 home win against Norwich and lifted his side five points clear at the top of the Premier League.

The Argentinian forward turned home Marc Albrighton's cross from close range in the 89th minute to ensure Leicester stole a march on their title rivals.

It was only Ulloa's third goal of the season but could prove crucial as both Tottenham and Arsenal are in action on Sunday, while Manchester City take on Liverpool in the Capital One Cup final.

Defeat for Norwich, out of the relegation zone on goal difference, piles the pressure on manager Alex Neil, whose side's 2-2 draw against West Ham last time out halted a five-game losing streak.

Chelsea made it back-to-back league wins as Branislav Ivanovic's late header snatched his side a 2-1 win at Southampton, who slipped to their first defeat in seven league matches.

Southampton broke the deadlock three minutes before the break when Shane Long buried a low finish for his 12th goal of the season, but Chelsea hit back through Cesc Fabregas, who converted Diego Costa's cross in the 75th minute.

Ivanovic secured all the points for Chelsea in the 89th minute when he headed home Willian's cross.

Marko Arnautovic's double ensured a second straight league win for Stoke, whose 2-1 victory over Aston Villa inflicted a 17th league defeat of the season on the bottom club.

Arnautovic struck twice in five minutes early in the second half to put Stoke in control, converting a 51st-minute penalty after Ashley Westwood's foul on Phil Bardsley before turning home Xherdan Shaqiri's cross from close range soon after.

Leandro Bacuna pulled one back for Villa with his first goal of the season in the 79th minute, but Remi Garde's side remain eight points adrift of safety.

Bournemouth earned a valuable point in their bid to steer clear of relegation trouble following a goalless draw at Watford, while Sam Allardyce endured an unhappy return to Upton Park as Sunderland slipped to a 1-0 defeat against West Ham in the 12.45pm kick-off.

Yet the former Hammers boss, who left the London club in May last year, will be wondering how his side did not take something from the game after Jermain Defoe and Jack Rodwell missed glorious second-half chances.

Saido Berahino's stunning goal helped West Brom to a 3-2 win over Crystal Palace at The Hawthorns.

Berahino finished off a flowing move to make it 3-0 after only 31 minutes, following on from goals by Craig Gardner and Craig Dawson.

But Albion ended the match hanging on after a brace from Connor Wickham, the second a fantastic volley in the 80th minute.