No Tyne-Wear Derby Next Season! 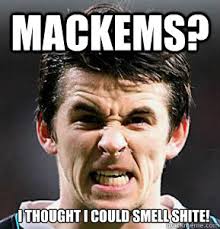 The bookies claim they are ODDS-ON to be playing Championship football next season.

A 4-1 defeat for Fulham saw the Cottagers priced at evens for relegation .
Palace (1/3) and Sunderland (4/7) are the only sides ahead of Fulham in the betting for the drop with Hull (5/2) and West Ham (3/1) also having work to do in order to secure survival.

Manchester City are the 11/10 favourites with the bookies to win the Barclays Premier League after their rout of Arsenal at the Etihad Stadium on Saturday.

Arsenal were five points clear of the chasing pack going into the lunchtime kick-off but their title hopes were dealt a major blow by the 6-3 defeat in a remarkable contest.

The Gunners, who remain top, have gone out to 7/2 to finish the season at the summit and that's the same price as Chelsea, who had to work hard for a 2-1 victory over Crystal Palace.

Liverpool and Manchester United are 9/1 and 28/1 respectively to lift the top-flight trophy.