No Shots Against Fulham A Big Worry 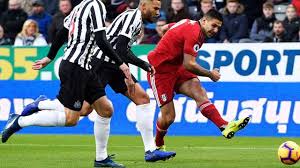 Guymowbray: "Jurgen Klopp's demeanour at his Christmas Eve morning press conference was telling: serious but relaxed, and fully focussed ONLY on Newcastle, against whom a win would be Liverpool's 26th league success of the calendar year - a new club record."

He outlined the importance of being "patient" against a (likely) back five, and the "need to stay angry, stay greedy".

Rafa Benitez will be all smiles to start with on his latest return 'home', after coming close to being angry himself at the weekend when his Newcastle side failed to register a shot on target against struggling Fulham.

As Leicester and Crystal Palace (with Andros Townsend's rocket) showed on Saturday though, just one shot can make a massive difference.