No Relegation Clause In Contracts 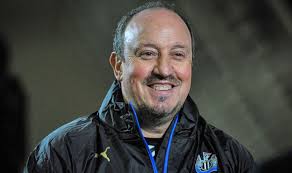 The Magpies have spent in the region of £80million in the last two transfer windows but have not been able to avoid another scrap for safety after surviving only on the final day of last season.

But Newcastle decided not to negotiate relegation clauses in the contracts of several players as they lured potential signings to Tyneside, and that could prove very costly.

January arrivals Jonjo Shelvey and Andros Townsend, who cost the club a total of £24million and were handed lucrative wage deals, are understood to have no relegation clause in their contracts.

Shelvey has already indicated he will stay at St James' Park even if the worst happens.

Newcastle found themselves in a similar position seven years ago when they slipped out of the Premier League with a squad comprised of expensively acquired international players.

Many of them left in the aftermath of relegation - Shay Given and Charles N'Zogbia had already jumped ship at the end of the winter transfer window, but out-of-contract duo Michael Owen and Mark Viduka were joined by Obafemi Martins, Sebastien Bassong, Habib Beye and Damien Duff in heading swiftly for the exit.

However, several senior players remained to form the backbone of the side which came straight back up with Steve Harper, Fabricio Coloccini, Jonas Gutierrez, Alan Smith, Nicky Butt, Joey Barton and Kevin Nolan leading the way.

There is little doubt there would be wholesale change once again if Newcastle go down - the chances of Rafael Benitez remaining as manager look slim for a start - as they would miss out on the huge revenues which will come with the Premier League's new broadcast deal.

Benitez's men are six points adrift of safety with as many games remaining.

The host Swansea on Saturday in a must-win fixture, but will likely have to do without Daryl Janmaat, who is understood to have broken two fingers when he punched the dressing room wall at St Mary's at the weekend as Newcastle lost 3-1 to Southampton.

Newcastle did not comment on the incident involving the Dutchman, who also suffered a suspected groin injury during the match.