No Praise For Rafa From Former Toon Player?

Gary Megson refused to give Newcastle United any credit for their comeback at The Hawthorns. 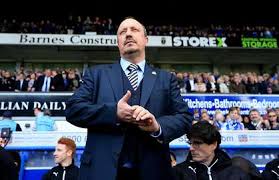 Rafa Benitez's side came from two goals down to draw 2-2 with West Bromwich Albion.

A strike from stand-in captain Ciaran Clark and an own goal from Salomon Rondon saw Newcastle end a run of four successive Premier League defeats.

The result moved the club up to 12th in the table.

"In terms of the points we've lost, not what the opposition have won, they've come from deal-able problems," said Megson.

"It's a right kick in the whatsits. It was our own fault, we've scored two really good goals, passed the ball about fine. They've swung a corner in and scored from six yards and spanked a free-kick in which is an own goal."