No Party Without Shelvey

Rafa Benitez said Newcastle United must learn how to win without Jonjo Shelvey. 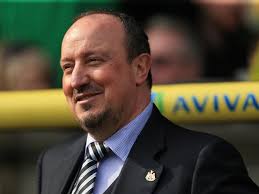 A goal from Glenn Loovens gave Sheffield Wednesday a 1-0 win at St James’s Park last night. The second-half strike condemned Championship leaders Newcastle to a fourth home league defeat of the season. United lead second-placed Brighton and Hove Albion – who play Queens Park Rangers at home today – by a point. Benitez was without the influential Shelvey, who served the first match of a five-game ban for racially abusing an opponent.

Without Shelvey, Newcastle lacked a finally ball, but manager Benitez felt his team should have done better without the midfielder.

Asked how much his team missed Shelvey, Benitez said: “You never know.

“He is a good player, but we have enough quality on the pitch to win games without him, and we need to do that.

Benitez was unhappy with how his team managed the game.

“We should never have allowed them as many counter-attacks as we did to score in the game,” said Benitez, whose side take on Nottingham Forest at St James’s Park on Friday night.

“We shouldn’t have allowed them three or four counter-attacks in the way we did. If it was 0-0 first half, we shouldn’t have given them the chance to score a lot of times in the second half.

“If you cannot control the game, still you can improve. We have to improve.

“We have another game coming up soon, and it is an opportunity to change things when things are going wrong.”

Wednesday head coach Carlos Carvalhal said: “The best player of Newcastle was the goalkeeper. He was fantastic.”