Gosling returned from a three-month loan at Blackpool earlier this month and it was thought he was on his bike.

The Championship club are keen to take the 23-year-old – who is out of contract at the end of the season – back to Bloomfield Road.

But he had a similar offer from Crystal Palace, that ended in pure farce! 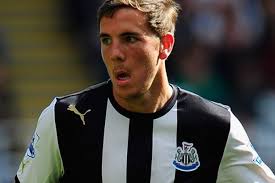 But, as you would expect, Newcastle manager Alan Pardew says he is in no hurry to make a decision over the future of the midfielder.

But with no takers ... what else can he say?

However, the former England Under-21 international could be involved tomorrow, when Newcastle take on West Ham United at Upton Park.

Alan Pardew: “I just think I might keep Dan around and see how he goes.

“He did well at Blackpool.”

Gosling joined Newcastle from Everton while recovering from knee surgery, but he never reached the heights that had Stuart Pearce saying "Gosling will be the next Newcastle player to get a full England cap".

Blackpool manager Paul Ince: “He’ll tell you himself that his time at Newcastle hasn’t been great so far, as he’s not had a lot of game time with his injury problems. 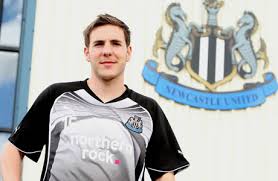 “He’s a very, very good player, but through injuries – which are no fault of his own – he’s kind of lost his way. He wants to prove a point that he can get back into the Premier League and get back into that Newcastle team.”