The Magpies have made an undisclosed, but substantial offer for the 23-year-old Frenchman. 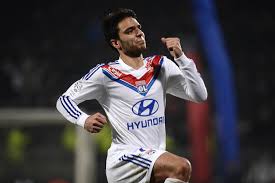 Grenier is one of a series of potential FRENCH targets identified by United's scouting team, as is seems that is the only market they are prepared to dabble in.

The France international has scored 12 goals in 89 appearances for Lyon.

However, his current manager Remi Garde has voiced his hope that the player will stay in France.

Pardew was hopeful of making at least one January signing, and Borussia Monchengladbach striker Luuk de Jong was due to undergo a medical on Tyneside on Wednesday with a view to completing an initial loan move to St James' Park.