... Gael Bigirimana is facing up to five weeks on the sidelines after suffering an injury playing for Newcastle United’s Under-21s.

It wouldn't really effect Alan Pardew's first team plans because the former Man City player was expected to be loaned out this month, having made just one first-team appearance so far this season. 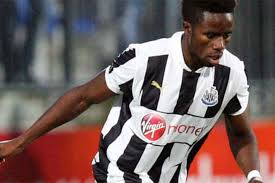 He damaged his ankle in Tuesday’s Under-21 Premier League loss to Tottenham Hotspur.

He made 25 appearances but he has not made the expected step up to Premier League standards and has been frozen out of the squad.