United have been reinstated to the Under-21 Premier League Cup after Birmingham City fielded in ineligible player – Aaron McLean – in last week’s game.

Loan player McLean – who scored both goals in a 2-1 win for Birmingham at St Andrew’s – had already turned out for parent club Hull City in the competition.

Newcastle will play Leicester City at home in the last 16. 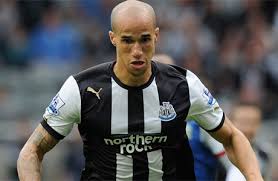 Sammy Ameobi will be handed a run out for Newcastle United’s Under-21s against Chelsea this afternoon.

Marveaux hasn’t made a first-team appearance for United in more than two months, while Obertan has been on the fringes of Alan Pardew’s side.

And United manager Pardew is keen to gave them, and Ameobi, some game time ahead of a run of fixtures when they could be needed.

“Sammy will definitely play, and one or two others. It will be a decent team.

“I’m sure between now and the end of February Marveaux will be used. He’s training well.”

Admission to St James’s Park for the game is free to season-ticket holders and club members. Otherwise, entry is £3 for adults and £1 for concessions.