Steve Bruce is adamant that a fallout has not occurred between himself and Newcastle forward Allan Saint-Maximin.

The Toon boss called reports of a breakdown in his relationship with the Frenchman 'total nonsense' after he was only used as a substitute in their 0-0 draw with Burnley at the weekend. 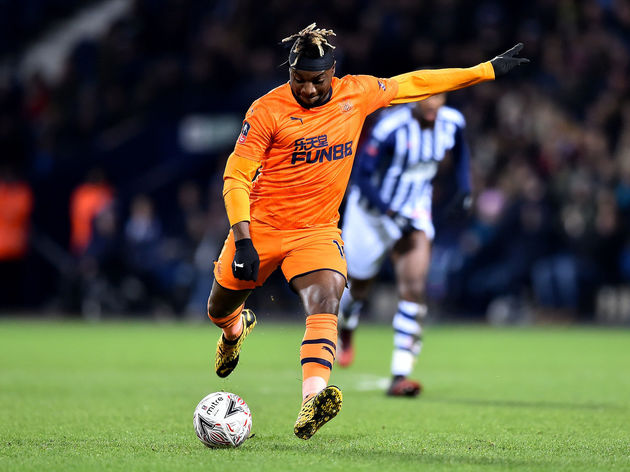 Speaking to Chronicle Live before Newcastle's FA Cup win at ​West Brom on Tuesday, Bruce said: "The facts are Allan has twice done his hamstring since he’s been at the club. He wasn’t great with it, didn’t train on Sunday."

In the last couple of weeks, Saint-Maximin has been linked with a move to ​Wolves, with the threat of relegation looming over Newcastle following a run of one win in their last 10 Premier League matches.

However, the club have secured a place in the quarter-finals of the FA Cup for the first time since 2006, and the former Nice man produced an impressive display and grabbed an assist in their 3-2 win at The Hawthorns.

Following the victory, the ​Newcastle boss confirmed he was protecting Saint-Maximin after the hamstring worry and that he has a good relationship with the player. Newcastle's cup exploits have been promising, but their attention now switches back to staving off relegation from the ​Premier League, now sitting just five points above the bottom three.

Their next league fixture sees them travel to the south coast to face ​Southampton, before they welcome ​Sheffield United and ​Aston Villa to St. James' Park.