Monkey's Heed Heading Back To The 'Dark Side'?

Sunderland are looking for their 11th permanent manager in less than nine years after sacking Simon Grayson following Tuesday night's draw with Bolton. 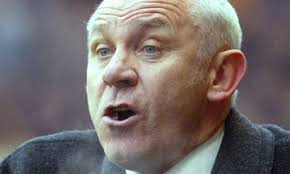 Grayson's exit was announced just minutes after the final whistle at the Stadium of Light, where the Black Cats needed a late equaliser from Paddy McNair to avoid defeat as it finished 3-3.

A club statement said: "Sunderland AFC has this evening parted company with manager Simon Grayson. The club would like to place on record its thanks to Simon and his staff for their efforts during their time at the football club."

The early betting to replace him at the Stadium Of Light sees 11/4 shot Peter Reid head the market with Sky Bet followed by Kevin Phillips (9/2) and former Middlesbrough boss Aitor Karanka (5/1).

The announcement came barely 24 hours after Grayson had insisted he was the right man for the job and deserved a chance to put things right after having "the balls" to take it in the first place.

However, chief executive Martin Bain made his move with the cash-strapped club in very real danger of suffering a second successive relegation.

Bain said: "Simon and his team have worked tirelessly to achieve the best for the football club during their time here.

"While we hoped that Simon's experience in the Football League would help us to a successful season, results have not been good enough for a club of this stature.

"In order for us to improve upon our current position, we believe a fundamental change is necessary."

Grayson's assistant Glynn Snodin has also left the Stadium of Light with the pair having presided over just 18 games, 15 of them in the league.

Sunderland are expected to appoint a caretaker manager on Wednesday ahead of Sunderland's clash with Middlesbrough in the Tees-Wear derby on Sunday.

First-team coach Robbie Stockdale, an ex-Boro defender, could fill that vacancy while club ambassador Kevin Ball has been in caretaker charge on two previous occasions.

Former Watford boss Billy McKinlay, who was promoted to the coaching staff by Grayson earlier this month, may also fit the bill.

Sunderland enjoyed their best spell under Reid, who twice guided them to seventh place Premier League finishes and remains a favourite on Wearside despite not having taken charge of an English club since his time at Plymouth drew to a close in September 2011. He has both vast experience and undeniable goodwill, but the wisdom of returning to a club at which he has previously enjoyed success is questionable.

Keane enjoyed a largely positive spell in charge at the Stadium of Light during the Drumaville era and has made no secret of his desire to return to club management one day. He has verbally agreed a contract extension in his current role as Republic of Ireland assistant manager, but Martin O'Neill fully expects to lose him at some point in the future.

Sunderland thought they had got it right when they appointed Allardyce in October 2015 and saw him guide the club away from relegation. He left for a short and ill-fated spell as England manager at the end of that season, but did so having been made aware of the depth of the club's financial woes, and that situation has not improved since.

The former Black Cats enforcer is another who is remembered fondly by supporters and has stepped in as caretaker manager on two occasions in the past. His passion for and knowledge of the club is a matter of record, but it would be a big step to appoint him to the hot-seat with little frontline experience.

A veteran of the Reid side which briefly threatened to break into the top six, Phillips is regarded as a hero on Wearside for the goals he scored in a red and white shirt. He has been quietly making his way as a coach since his retirement and has been linked with the vacancy at the Stadium of Light more than once, although he too lacks experience.

A Champions League winner with Manchester United, defender O'Shea also has 115 international caps for the Republic of Ireland to his name, but is fast approaching the end of his playing career. The 36-year-old has aspirations to manage in the future and although he would command respect in the dressing room, he would be a left-field candidate.