Moncur's Memories Of An England Great! 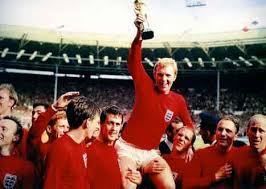 Bob Moncur (talking to the Chronicle): “It was great to be captain in one of the Scotland v England games.

“I went up against England skipper Bobby Moore in the Alf Ramsay era.

“Bobby was a terrific lad on and off the field. He led by example and he showed the world the art of tackling.

“He was able to win a ball fairly without smashing players.

“The aim was to get your foot in just at the right time. Bobby, like me, never had pace but he could read the game very well."