Mitro Back In Rafa's Thoughts

Newcastle United boss Rafael Benitez’s comments to the Shields Gazette about Aleksandar Mitrovic’s impact against Sheffield Wednesday, may suggest why he hasn’t use the Serbian more often. 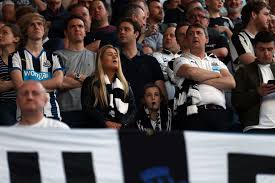 Mitrovic was introduced as a late substitute for Newcastle against Wednesday, and he helped them get back into the match.

The Magpies were 2-0 down the the target man came on, but Mitrovic helped Benitez’s side score through Jonjo Shelvey.

However, Benitez’s comments after the match hinted that he felt that Newcastle lost control of the match.

“Yes, he did (make an impact), but I didn’t like the way that we played because it was without control,” Benitez said.

“We were playing with our hearts and not our brains, and, when you do that, you don’t know what can happen.”

Mitrovic’s aerial prowess means that Newcastle have a tendency to play more directly when he is on the field.

The powerful forward has struggled to make the impact expected in the Championship this term.

Mitrovic has started eight matches in the league this season, with Dwight Gayle and Daryl Murphy seemingly ahead of him in the pecking order at St. James’ Park.

Mitrovic has scored just six times in all competitions for Newcastle this term.