McClaren Hits Back At Fans! 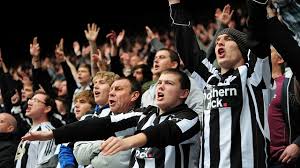 The Magpies, who have now lost their last five third-round ties in the competition, suffered a fourth consecutive 1-0 defeat after losing at Watford on Saturday.

Newcastle dominated much of the game and created a host of good chances, but they were made to rue a miss a misplaced back-pass by Georginio Wijnaldum, which was coolly converted by Troy Deeney shortly before half-time.

And McClaren's side, who are 18th in the Premier League, were emphatically booed at the final whistle by their frustrated visiting support.

"I thought it was very harsh," said McClaren when asked about the response from the away fans at Vicarage Road.

"We're all angry and frustrated. The players in there, believe you me, they're disappointed.

"We've performed today on a difficult pitch, in difficult circumstances, and I think we've dominated and controlled the game. We can't ask anymore.

"Fifty thousand people have to get behind this team and support this team. We have to stick together. I know it's difficult, it's difficult for all of us to show a little bit of patience, but there's work going on and Tuesday at Manchester United is the next challenge for us.

"I cannot fault the players, but that is four 1-0 defeats we have had, but everybody can see that the team is not far away from doing something."

Second-half substitute Florian Thauvin, who arrived from Marseille for a reported #12million in the summer, was subjected to the worst of the taunts from the dispirited Newcastle support, with some sections of the crowd chanting, "You're not fit to wear the shirt" at the young Frenchman.

He also appeared to be booed when he went over to applaud the travelling section at the end of the match.

"He's a young kid who's just coming in and he's got to adapt to this kind of thing and we're certainly behind the scenes supporting him," McClaren said of the 22-year-old.

"We wanted to win, I think we played to win and we went to win. I don't think we can do much more apart from stick the ball in the back of the net."