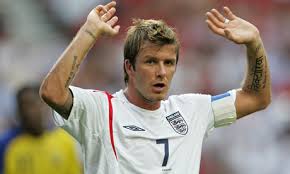 The out-of-his-depth manager's time at St James' Park is already very similar to his England spell. Will it have the same disastrous climax?

It's crunch time for Newcastle United.

And, if they stick with Steve McClaren, that makes it a very worrying time for supporters on Tyneside.

Indeed, McClaren showed he was a man who shies away from the big occasion several years back with England (his time so far at Newcastle and his collapse at Derby County last season suggest similar...).

With the Three Lions, McClaren was criticised for failing to control big egos and strong dressing-room characters (another similarity to his time at St James' Park...).

McClaren also tried to establish his authority by dropping David Beckham. He ended up showing a lack of strength of character by bringing the England legend back into the fold...

Most of all, though, what defines the former England boss's time in charge of his country was the infamous 3-2 defeat to Croatia.

If Newcastle's Premier League status comes down to one game, would anyone at all be confident of McClaren guiding his side to victory...?