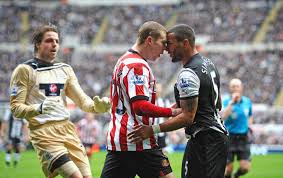 There will be 2,800 Newcastle fans (officially) at the game on Tuesday at the Stadium of Shite, with the away allocation quickly selling out.

Sunderland refused to abide by the tournament rules and blocked Newcastle from having the minimum 4,900 (10% of capacity) they were entitled to.

This position was backed by Northumbria Police, unsurprisingly.

However, it does set a dangerous precedent for the future if the two clubs ever get drawn against each other in the FA Cup or League Cup, with similar arguments no doubt used and this precedent quoted as a reason for not giving the larger allocations that cup competitions allow.