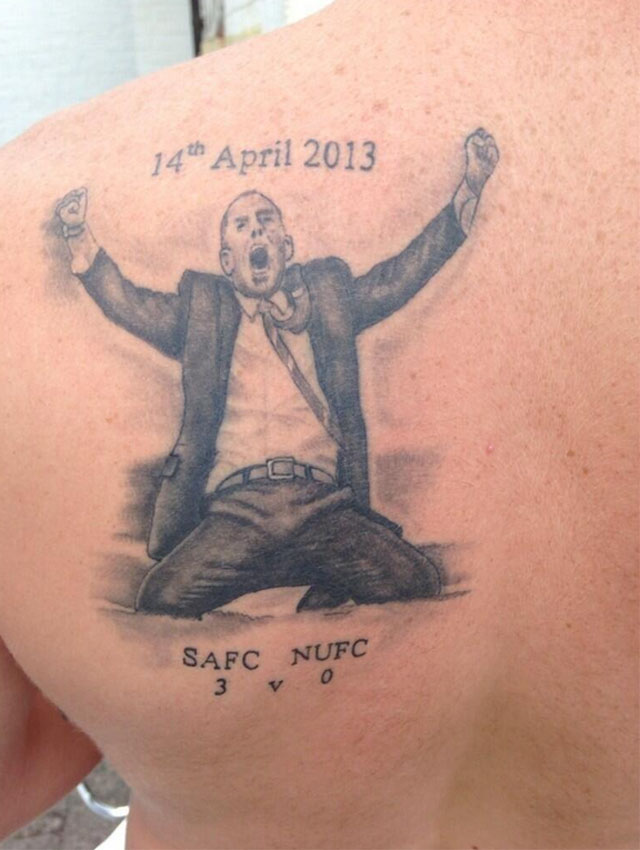 ... one fan has decided to immortalise Di Canio's knee-sliding celebration with a tattoo on his back.

One small problem - Sunderland were away, rather than at home, meaning that the unnamed fan's back will always technically be factually inaccurate.

And Di Canio looks as though he has TWO knobs.

So that's three knobs then.

WE TELL IT AS IT IS - NO BULLSHIT!