Losing Streak - Are We Worried?

Newcastle United head coach Rafa Benitez has told the Newcastle Chronicle he is not worried by their recent losing streak. 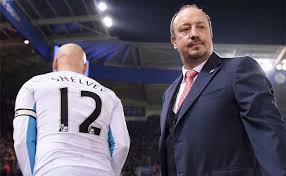 The Magpies were looking unstoppable just over a week ago when they had just gone on a nine game winning run and looked likely to break a club record for most wins in a row. However they were stopped in their tracks rather shockingly by Blackburn Rovers when they won 1-0 at St James Park last week. They then lost to Hull City on penalties in the EFL Cup before being betaen on Friday night by Nottingham Forest in a controversial match.

While the weekend’s results meant that Newcastle didn’t feel the full pain of what a loss could have done to them, some fans are worried that they might be about to go on a poor run of form which could see them dragged into a battle just to stay in the automatic promotion zone. But Benitez isn’t worried just yet and thinks they’ll get back on form soon enough.

He said: “I told the players that there are still a lot of games to play.

“We were doing really well. We now have to carry on doing the same. If we show the character we showed at Forest in the next games we will do better.”

“For us every game is big.”

“We have to manage to the situation in the same way we were doing it before. We have to show character, play well, control the game and create chances.”

“Even with nine men we could have still won the game. We have to take this as a positive.”