London Calling? Not For 'Arry! 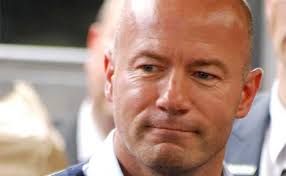 Kane has, on more than one occasion, stated that he wishes to remain in London with Spurs and lead the club to success but following his hat-trick against the Saints, interest from the European big boys is bound to increase.

That being said, Shearer believes that despite any interest from abroad, the London-born striker could well choose to stay put at his boyhood club.

Speaking to BBC Radio 5 Live, the Premier League’s most prolific ever goal scorer compared Kane’s desire to stay with Spurs to his own desire for success with Newcastle.

“It’s inevitable they [Barcelona and Real Madrid] will come calling or come asking because he’s that good a player and wouldn’t look out of place in either of those teams.

“If Tottenham wins trophies, it’s his club. That’s a big advantage for Tottenham.

“When I played for Newcastle for 10 years I had offers before and during, but I wanted to stay at my club.

“That could be a huge call if Tottenham in two or three years haven’t won a trophy and his form is still as good as it is – then he’ll have a big question to answer because I’m sure the big boys will come calling.”

Kane has now scored a whopping 56 goals in all competitions in 2017, more than any other player in Europe and has vowed to improve further in 2018.

With his value rocketing, Spurs could potentially benefit to the tune of £100 million plus, should the club and Kane decide to entertain notions of a departure.

For now, however, talks of transfers and fees is purely hypothetical as the homegrown star only has eyes for Spurs.