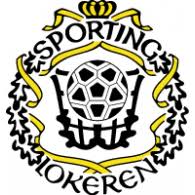 Rafa Benitez’s side will line up against the Jupiler Pro League outfit at their Daknamstadion home in Lokeren, which is located in the Begian province of East Flanders, for a 4.30pm kick-off (local time).

Lokeren, who are managed by former Belgium boss Georges Leekens, have come up against the Magpies on two previous occasions.

Both came during the Intertoto Cup campaign prior to the start of the 2001/02 season, with United – then managed by Sir Bobby Robson – running out 4-0 winners in the third round, first leg tie away from home. Goals from Wayne Quinn and Lomana LuaLua, along with a brace from Shola Ameobi, sealed the victory.

In the return leg at St. James’ Park, a solitary strike from Craig Bellamy – his first for the Club – wrapped up a 1-0 win and a 5-0 aggregate scoreline in July 2001, booking United’s place in the semi-final against 1860 Munich. After overcoming the German side home and away, Robson’s men were eventually beaten on away goals by Troyes in the two-legged  final.