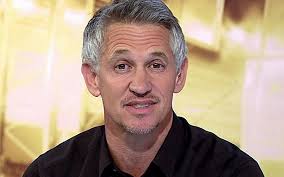 The BBC pundit accused the club’s board of deliberately postponing the appointment of Alan Pardew’s replacement in order to get through January without having to sign a player.

On his Twitter feed, where he is followed by 3.5million people, the Match of the Day presenter made it clear that he believed this was a stalling tactic.

Lineker wrote: “Brilliant tactics from Newcastle board to delay appointing their new manager so they don’t have to buy any players in the transfer window.”