Florian Lejeune has revealed he made his decision to join Newcastle United at the end of last season following a phone call from Rafa Benitez. 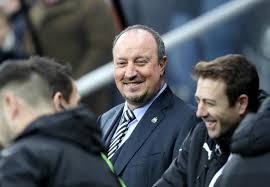 But the defender admits that Newcastle’s current squad lacks experience and their struggles in the Premier League are inevitable because of that.

The French centre-back joined the Magpies from La Liga club Eibar and has now settled in at St James’ Park despite suffering some injury issues in the first few months of his career.

Speaking in an interview with France Football, Lejeune was asked about his decision to sign for United and replied: “It was done very early, before the last matches of the season I received a call from Rafael Benitez , we talked a lot.

“I wanted to discover England but not just at any club.

“Newcastle is a legendary club and to go with one of the best coaches in the world so my decision was quick.”

And speaking about his relationship with Benitez, Lejeune added: “He knows my qualities, he knows what I can bring. I am a player who likes to bring out the ball, I can play with the left foot.

“He has more vision of the Spanish game with short passes, than want to play long each time.

“When one does not win, it is immediately the defence that is criticised, one must know how to accept that and once the results come, we will be better, it’s logical.”

Lejeune admits there is still work to do at Newcastle but feels the move is going well.

He said: “It lacks a bit of everything, we have a fairly young team, most players have not experienced this division before, and success too.

“In some matches, at key moments, we have not been able to make a difference.

“In the last three games, we can do things that are more interesting, more supportive and more compact.

“We saw that against West Ham we managed to take the three points against a direct competitor.”