Lejeune On Why He Signed For Newcastle 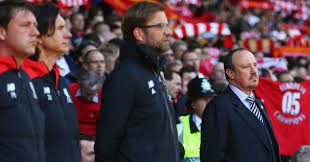 has revealed that Rafael Benitez played a key role in him making the move to Newcastle United in last summer's transfer window.

Lejeune enjoyed an impressive 2016-17 campaign with La Liga side Eibar before Newcastle swooped to land the 26-year-old on a five-year contract in July 2017.

The centre-back has bounced back from a foot problem to feature regularly in recent weeks, and he has spoken of his admiration for Benitez as the Magpies look to move away from the Premier League relegation zone.

"It is an absolute joy and honour to play for Benitez. To work with him each day is great for me. I came to sign for Newcastle United pretty much for Benitez, which I have mentioned a few times," Lejeune told the Chronicle.

"Benitez has won so many trophies in different leagues and countries. He's won the Champions League and Europa League and he has trained some very big teams such as Real Madrid and Liverpool.

"What's really good about Benitez is that he's got so much experience. Especially considering he has such a young team. What's great is that he can see things that the players don't always see."

Lejeune has made 14 Premier League appearances for Newcastle this season.