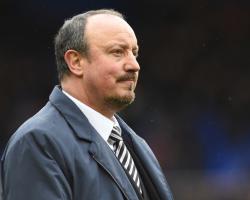 The full financial impact of relegation will become apparent in the next set of accounts, Charnley said, even though Rafael Benitez appears on course to lead the Magpies back into the Premier League from the Championship at the first attempt.

Newcastle on Thursday reported their accounts until June 30, 2016, showing the club recorded a profit for a sixth successive year, but the figure of ÃÂ£4.6m was significantly down from ÃÂ£32.5m a year earlier.

The Magpies pointed to the expenditure on recruitment in the summer 2015 and January 2016 transfer windows under former England boss Steve McClaren, who was sacked in March 2016 and replaced by Benitez.

Only three of those players remain at St James' Park.

"The 2015-16 season was extremely disappointing for everyone connected with the club," Charnley said.

"Significant sums of money were spent to strengthen the playing squad in the summer 2015 and January 2016 windows, which also resulted in an increase in our annual wage bill.

"In the context of this spend, relegation was both unacceptable and totally unexpected.

"The financial impact of relegation is difficult to overstate and this will become evident in our next set of financial results for the year ending June 2017."

Newcastle have continued to spend in a bid to return to the Premier League.

Charnley added: "Our approach, following relegation, was to make further sizeable investment in our playing squad in preparation for the EFL Championship season ahead and our annual wage bill is, we believe, still above and beyond many current Premier League teams.

"Whilst not without financial risks, this strategy was adopted in order to maximise our chances of promotion at the first time of asking."

Charnley said Newcastle's approach was only possible due to the financial might of owner Mike Ashley, who has covered losses through a ÃÂ£33m interest-free loan.

He added: "Our adopted strategy has therefore only been made possible by the cash injection from our owner, who continues to provide interest-free funding to support the club's operations, never more important than during this financially challenging season."