Newcastle eased to a 2-0 home win over Hellas Verona on Sunday afternoon as they wrapped up their pre-season schedule with a comfortable victory at a rainy St James' Park. 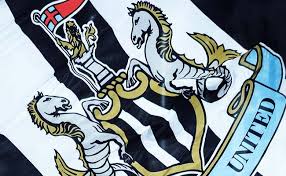 Early goals from Ayoze Perez and Christian Atsu ensured Newcastle secured a positive result ahead of their first Premier League fixture of the season - at home to Tottenham on Sunday.

Rafa Benitez's side were without last season's top goalscorer Dwight Gayle, who was sidelined with a hamstring problem, but went ahead inside four minutes regardless.

A well-worked move down the right flank allowed new boy Javier Manquillo to deliver a cross which was side-footed home by Perez.

And it was 2-0 just eight minutes later when a clever pass from Jonjo Shelvey released Atsu, who tucked home from close range.

Newcastle had opportunities to add to their lead through Aleksandar Mitrovic and Matt Ritchie - while Shelvey tried an audacious effort from inside his own half - but Verona made it to the break just two goals down.

After the interval Isaac Hayden forced a good save from Marco Silvestri while Ciaran Clark saw an effort deflected past the post.

The match was then disrupted in the 64th minute when Benitez made eight substitutions to ensure his squad all got a run out - with the likes of Jamaal Lascelles, Chancel Mbemba and Mikel Merino coming on.

And despite Matt Ritchie crashing a late free-kick off the post, Newcastle had to settle for 2-0 as the match petered out to full time.

Newcastle will be hoping for a similar result against Tottenham to their last meeting with Mauricio Pochettino's side - which ended in a 5-1 win in the final game of their 2015-16 relegation campaign.