Jurgen Klopp admits he was blown away by the atmosphere at St James' Park in Liverpool's 3-2 win over Newcastle - but felt that the Magpies relied too much on long ball tactics. 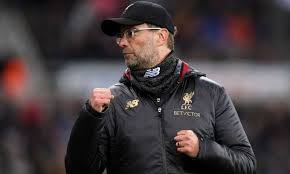 Rafa Benitez's side pushed Liverpool all of the way over the thrilling encounter on Tyneside but the Reds ensured their title bid remained intact thanks to Divock Origi's last gasp header.

After the game, Klopp paid tribute to the Geordie fans and the Newcastle players, in his Press conference he said: "Credit to Newcastle, that was, wow... any people who doubt or whatever that teams don’t play for anything anymore, or maybe a halfway on the beach already, they were really the opposite.

"Is there any history between Newcastle and Liverpool that I don’t know about?

Newcastle United were defeated by Liverpool in an absolute thriller at St James' Park as the title-chasing Reds edged out Rafa Benitez's side. We had the covered from all angles - and there was plenty to read in the aftermath.

"The atmosphere was like there was something that happened in the past.

"The boys, again, were ready to face it, ready to deal with it and that’s brilliant."

But he was also a little critical of the United tactics and said: "The style of play of Newcastle is not really to defend with tactical moves, it is just a long ball, Rondon is fighting for it and then you wait for the decision of the ref, foul or no foul.

"If it’s no foul you have to carry on and if it is a foul, it is a free-kick in either direction.

"That means you cannot do it with a proper formation, you have to do it with legs, with runs and stuff like that – and that makes it even more intense, that’s why it makes sense to keep the ball.

"That’s what we tried a lot of times, we did it really well in a lot of moments."