Keane Blames Rafa For His Disaster At Anfield

Former Liverpool forward Robbie Keane has suggested that Rafael Benitez's desire to change him into a left winger led to his disappointing spell at Anfield. 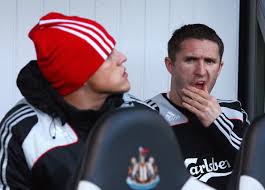 In July 2008, Liverpool shelled out over £20m to sign Keane from Tottenham Hotspur, but the Republic of Ireland legend scored just seven goals in 28 appearances before returning to White Hart Lane.

Keane soon returned to form back at Spurs, and the attacker has revealed why he thought he never fulfilled his potential on Merseyside.

Speaking to Pundit Arena's Graham Hunter, the 37-year-old said: "He wanted to change me to a left winger. I am clearly not a left winger, and that is obviously clear for everyone to see."

"The first 20 minutes he wanted me to play left wing, and obviously I had never played it before, so it was new to me. When I did play up front I scored goals. But when I did play, I wasn't going to play the next day, which for a striker is very difficult."

"He tried to turn me into something I'm not, and that was always going to be a recipe for disaster as someone used to scoring goals."