The Newcastle United winger did the 26.2 mile run in Buenos Aires on Sunday to raise money and awareness for cancer charity Fuca (Foundation for Research, Teaching and Cancer Prevention). 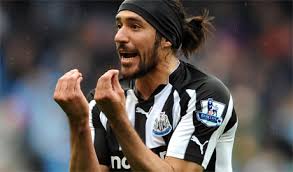 Gutierrez has been receiving chemotherapy treatment for testicular cancer.

He was loaned to Norwich City last season when Alan Pardew said he would play no part in his plans.

Calls For Geordie Landmark To Be Touched Up ...

There have been calls for the North East's most recognisable landmark ... the Tyne Bridge ... to be given a lick of paint. 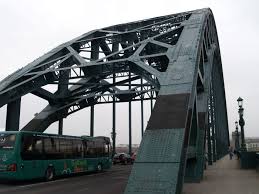 Needs the council on the job!

It has not been painted in almost 15 years, and is not scheduled for a paint job for at least another two.

There have been calls for it have a facelift.

The Chronicle is behind a bid to get the council to "get it sorted".

In 2000, the green paint used in 1928 opening of the bridge was recreated – but the job caused traffic headaches for commuters as more than 10,000 litres of paint were applied.

10 Things you didn't know about the Tyne Bridge ...

1) The earliest bridge across the Tyne at that specific area was wooden and built by the Romans around 122 at the place of the present Swing Bridge and was called "The Tyne Bridge".

3) The idea for a bridge at the location of the present Tyne Bridge dates to 1864, but it was not until the early 1920s that proposals were commenced in earnest to build the current bridge.

4) On 29 April 1924 Newcastle and Gateshead approved the plans, and the Newcastle upon Tyne and Gateshead (Corporations) Bridge Act was passed on 7 August that year, with an estimated cost of £1 million including land acquisitions.

6) The Tyne Bridge was designed by Mott, Hay and Anderson, comparably to their Sydney Harbour Bridge version; based on their earlier design on the Hell Gate Bridge in New York City (which was completed in 1916). The bridge was completed on 25 February 1928, and officially opened on 10 October by King George V and Queen Mary, who were the first to use the roadway, travelling in their Ascot landau.

7) When the bridge celebrated its golden jubilee in 1978, 1,000 balloons were released.

8) To mark 75 years, in October 2003, a parade was held with family of the 1928 workforce of scaffolders, painters, and builders who made the bridge what it is today.

9) From the 80s, there were calls to light it up at night. In 1993 that got under way. The-then Toon manager Kevin Keegan flicked the switch to turn on 48 huge bulbs to illuminate the arch.