It's Not Good Business Selling Thauvin! 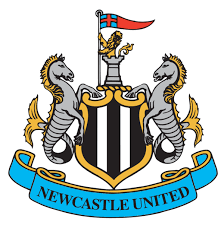 Just about EVERY Toon fan wanted to see the back of Florian Thauvin, but let's not fool ourselves - United lost £7m on that deal.

Newcastle United have already secured their first bit of pre-January transfer business – and it’s earned them a £9.8m windfall ahead of the upcoming window - but at a £7m LOSS!

Florian Thauvin left United for Marseille in the summer. And even though it was a loan, it was clear he would not be coming back. Still, the same applied to Remy Cabella and it was a tortuously long time before both clubs confirmed that deal.

The Ligue 1 club put a deal for Thauvin in place in the summer but the winger has already triggered the clause, which – according to sources in France – came after just three starts at the Velodrome. That means United will bank £10m for a player who never settled on Tyneside, but he cost a staggering £17m.

And that is £2m more than the Toon paid for Alan Shearer!

There are only 57 days until the window opens and Rafa Benitez is leaving nothing to chance. He’s unlikely to move for players just for the sake of it – Newcastle’s squad is big enough to cope with the flurry of January games, although Benitez is understood to want cover during the African Cup of Nations – but he will look to add one or two players with potential top tier quality.

The fact that he has already been told he does not have to sell anyone – he didn’t have to in the summer either, although it was always clear that the club would – is a boost. But the £10m banked for Thauvin in advance of January’s window will be a fillip for the club.