... Liverpool’s defeat in Basel proves that the current side is a shadow of their former selves. 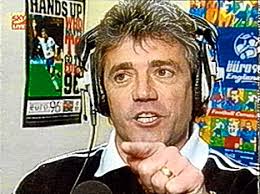 Brendan Rodgers’ men slumped to a 1-0 defeat in Switzerland and lie third in their Champions League group ahead of the forthcoming double-header with defending champions Real Madrid.

The Reds are struggling this season, after coming so close to winning the title last term, and could I suggest the manager looks as shell-shocked as Kevin Keegan was back in 1996.

Newcastle had the Premier League title in their own hands, but let a 12-point lead slip.

Liverpool were two games away from winning the title last campaign ... and blew it!

Keegan never recovered from that (at Newcastle, anyway), and Rodgers looks a beat man too. 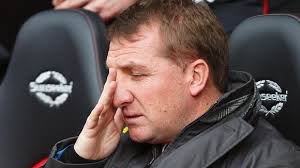 Graeme Souness: “Last year they were effervescent, they were bubbly and it didn’t matter how a game was going because sooner or later they were going to dominate the ball and be on the attack.

"There was wave after wave of attacks and Suarez was continually scoring goals – and Sturridge as well.

“This year they look a shadow of that team. They look as if they have dropped not one or two notches down the ladder, but several.

“Tonight they were lightweight.

"You can talk all you want about tactics and formations, but if every one of the midfielders isn’t winning challenges and the other team keeps taking the ball off you then you’re always going to be on the back foot.

“They played against a Basel team, who are arguably - when you look at the two games in the group - worse than Ludogorets. Real Madrid did not have an easy trip there.

“Liverpool still have to go there and after the next two games against Real Madrid they could find themselves in a very difficult situation.