Is Rafa Tipping Us For Relegation? 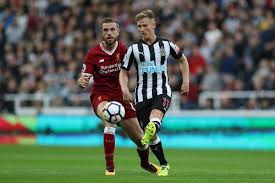 Rafael Benitez has admitted it would be "a miracle" if he kept Newcastle United in the Premier League for another season, even if he has money to spend next month.

The Spaniard has described last season's 10th place finish as miraculous and insisted, in the immediate aftermath of Saturday's 0-0 home draw with Fulham, a repeat would take some doing given the fact that most of the clubs around the Magpies invested far more heavily on recruitment last summer.

Newcastle are currently 15th in the Premier League, three places and five points above the relegation zone.

Benitez said: "We have to be realistic and understand that we will be in the bottom half during the whole season. For me, it is almost clear and if we can be better than three teams, it will be another miracle.

"It was a miracle last year. People were thinking, 'Oh, you finished 10th...', but with a couple fewer wins, we could have been in the bottom five, so it was a miracle.

"If we do the same this year with teams spending even more money than last year, it will be a miracle."

Benitez hopes to have money to spend in the January transfer window, but has pointed to promoted Fulham, who invested in excess of £100million on summer signings, as an example of the disparity he fears could cost the club top-flight status.

"I know what is coming now and I know where we are. You can see the team - the team is trying a lot of things, but still it's not enough sometimes to get the points, and it will be like that.

"If we are under pressure and we feel this pressure, we will not be better, we can make more mistakes.

"I'm trying to tell everyone, realise where we are, realise what we have to do and if we do well, fine, we can finish 10th or whatever.

"But if we think we have to beat these teams which have spent £100million, every one of them, during the summer, if we think we can beat them easily every game, no chance. We are wrong, 100 per cent."