Is Pardew Up For The Cup At Last? 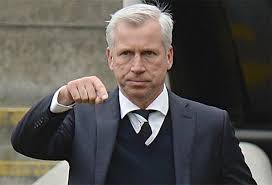 Pardew hopes Crystal Palace can overcome Tottenham in the FA Cup's fifth round on Sunday after witnessing his team grow in strength during their training camp in Spain.

The manager this week took his team to southern Europe to prepare for Sunday's match at White Hart Lane, which could do much to define their season, and for the remainder of their fixtures in the Premier League in which they last won on December 19.

Doing so was partly inspired by the success one of his predecessors, Steve Coppell, experienced when taking Palace away while leading a team featuring Pardew to the 1990 cup final, and given the recent decline he has overseen, the manager believes his squad's change of scenery could inspire them at Tottenham.

"We have had our own mini-break, and we feel it has worked for us," said the 54-year-old, who is expected to have Yannick Bolasie fit again for the first time since Palace's last league victory. "It was an emotional trip in terms of bringing to what we are.

"We understand what we are. We're not the best technical team in the country by any stretch of the imagination. But on our day, we are a good team and that is what we hope to bring to Spurs.

"You come to the training ground, you have a regime, you train for a maximum 90 minutes. You cannot do any more than that. You can fudge it a bit with this and that; do a bit of video work, and talking.

"But when you are away, you are in each other's company for 24 hours. You are in the lift. You are having a chat about that. You are watching the game together. It's a great period for managers and staff to bond the team together.

"You are more relaxed. The likes of (Emmanuel) Adebayor can sit down with Yannick Bolaise. A chance for Scott Dann to sit down with Wilfred Zaha, to talk about the game, other things, things that have happened in their lives. Those conversations you cannot have at the training ground.

"You cannot put a price on those few moments where players can integrate on a number of levels, both personal and (on a) professional level. I have always been a great advocate of them.

"The press think it's a time for the team to go away and have a little jolly, some drinks and dancing. We did a little bit of that, that is not a bad thing, as long as it is done in moderation. We have a big game on Sunday, we are not on a good run, so our night out was somewhat subdued, although there was good dancing."

With Adebayor not cup-tied despite the complex nature of his transfer from Spurs, who continue to pay some of his wages, and Joe Ledley and Dwight Gayle also available again for Palace, Jason Puncheon and James McArthur are Pardew's only absentees.

"As the manager I could see there was a kind of coming together a bit of the group (in Spain)," said Pardew, who plans to take his team away again if they remain in the competition. "Because when you're losing games it becomes easy to get fragmented. I just felt it was really good timing for us.

"Tottenham can smash us 4-0 on Sunday easily. They're that kind of team and it could all go out the window on Sunday night. (But) at the moment, we're in a good mood."