Is Former Toon Striker Up For Monkey Hanging? 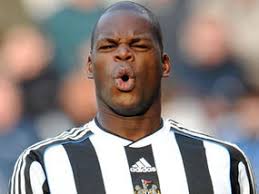 The former Newcastle United striker, signed as a free agent after a spell at Bristol Rovers, is set to make his debut for the League Two club at Fleetwood Town tomorrow.

Colin Cooper: “I don’t see signing him as a risk.

“I think Hartlepool has had a hangover of things like that.

“No disrespect to anyone who has been here in the past, but he’s a different kettle of fish – he’s still fit, strong and hungry.

“My first question to Marlon when we met was ‘are you still hungry?’ The answer was yes.”