Hughton Message To Toon Fans 'Brighton Are Going Up!' 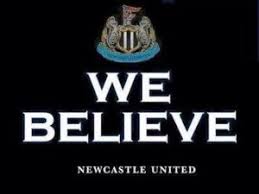 Brighton boss Chris Hughton admitted his players have used the agony of missing out on promotion last season as a motivational tool after the Seagulls recorded a convincing 4-1 home victory over Burton Albion.

The Seagulls fell short of automatic promotion last season on goal difference to Middlesbrough before failing in the play-offs, and Hughton says his men have been determined to go one stop further this term.

Burton manager Nigel Clough said he felt that the extra season in the Championship would do Brighton "no harm" and, when asked to comment on this, Hughton replied:" I hope so.

"We went so close last year. It has certainly been a motivational thing for the players to want to go that one step further. Also, our recruitment in the summer has made us a bit stronger."

Hughton also praised his side's ability to score goals as two from Tomer Hemed, a 100th career goal from Sam Baldock and Glenn Murray's 16th league goal of the season ensured they remain right up with Newcastle.

Hughton added: "We're scoring goals from plenty of sources and we need that to sustain where we are; you have to have the ability to score goals.

"In this game I had my top-scorer on the bench but you need both (Murray and Hemed) pushing for the positions.

"Glenn's first away goal was after he came off the bench, and Tomer scored for us from the bench in our previous draw at Brentford. "