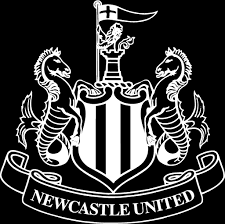 Brighton boss Chris Hughton stressed the importance of his side opening up an eight-point lead on third-placed Reading after the went top of the Championship with a 2-0 home victory over Leeds on Friday evening.

They rose to the top of the league ... but only for a few hours.

Many Toon fans would like to see Hughton join us in the Premiership next season, having done the promotion honours with us during his time at St James' Park.

Penalties in each half from top scorer Glenn Murray and substitute Tomer Hemed extended Albion's unbeaten league run to 14 games, and they have now won six of their last eight matches.

Leeds had to battle for three quarters of the game with 10 men after midfielder Kalvin Phillips was sent off in the incident which led to Murray giving Brighton the lead in the 24 minute.

Israeli international Hemed made the game safe with the second spot-kick seven minutes from time and Hughton felt the only "negative" about his side's display was the gap between the two goals.

The former Newcastle, Birmingham and Norwich manager said: "I am delighted with the result and the performance.

"The only negative was that there was too big a gap between the first goal and the second.

"Anything can happen and in that period we didn't create more opportunities. In the last four or five games we have not been at our best but we have kept picking up results."

Albion are now two points ahead of Newcastle but Hughton felt their eight-point advantage over Reading takes preference, and he added: "It is a nice feeling being top. But the gap below us is more important than the gap above us."

The Seagulls missed out on automatic promotion on goal difference last season and Hughton feels a greater resilience within the team is making the difference this time.

He went on: "We added well to the squad and we needed to start well. Glenn Murray and Shane Duffy are two players that have improved our squad."